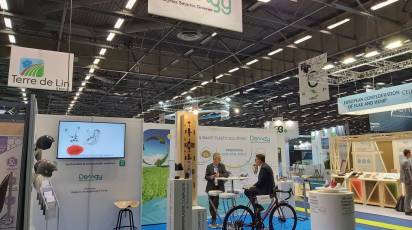 Since 2020, DEMGY is proud to be a partner of the RNR team. It was in 1920 that the first rugby club was born in Rouen, under the name of Racing Club de Rouen. This club experienced an ascent for more than 80 years, to evolve at the various Federal levels and thus finish in 2008-2009 at the level of Federal 1 then named Rugby Club de Rouen (RCR).

"The intrinsic values of rugby, which are respect, team spirit, surpassing oneself and commitment, resonate perfectly with the values of our Group." Pierre Jean LEDUC, President of DEMGY.

Rouen Normandie Rugby embodies a human and collective adventure whose ambition is to make Rouen and Normandy known on the map of French rugby by acting as a locomotive for all the other clubs.

The club defends collective values which are those of a great club and a great territory that is Normandy.